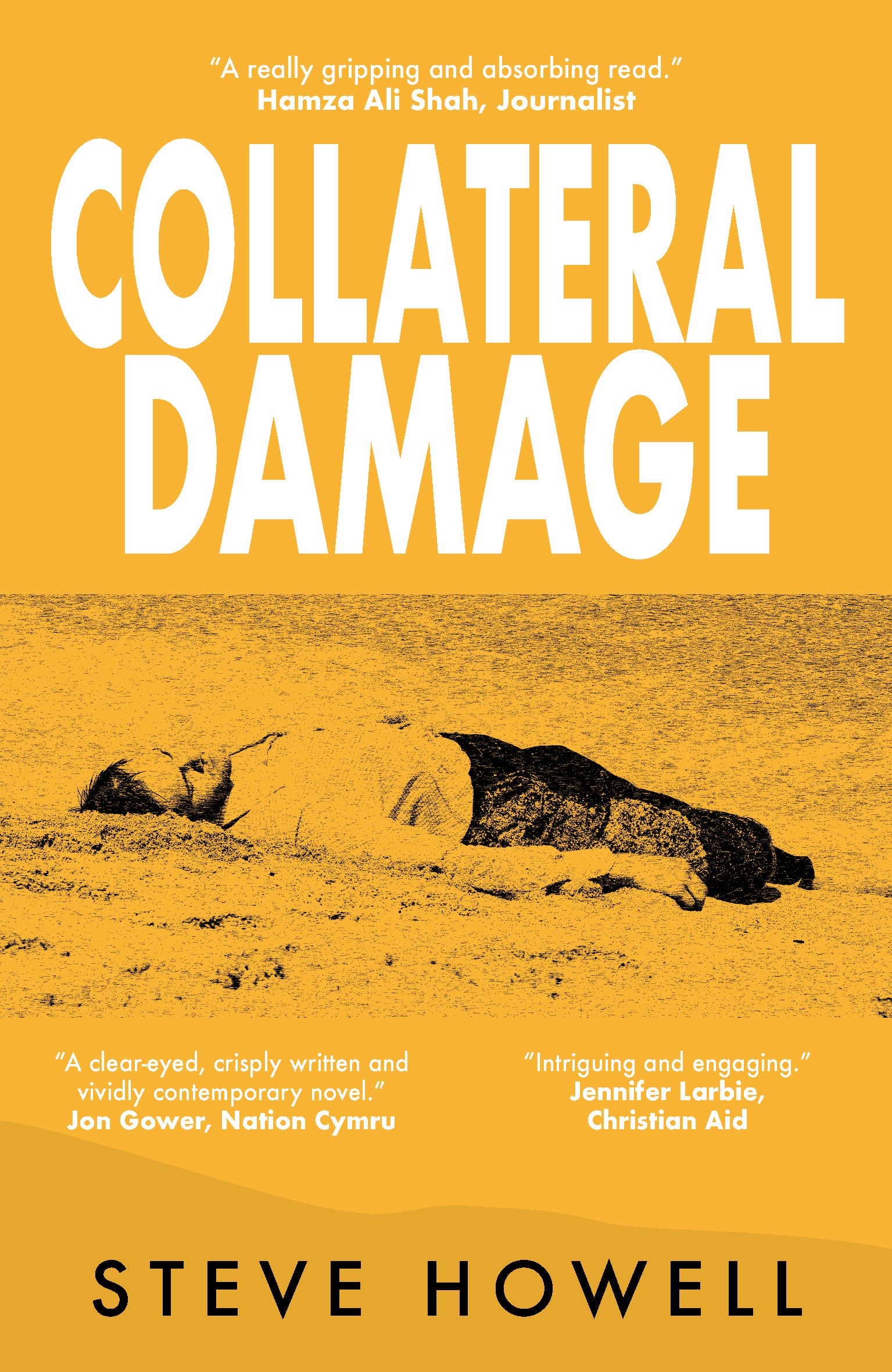 "It’s brilliant, a very good book. I do recommend it – I read it non-stop because I so enjoyed it.”
- Jeremy Corbyn

"Collateral Damage is a clear-eyed, crisply written and vividly contemporary novel with lots to say, or at least suggest, about the dark arts of the Foreign Office and the shadowy men who keep the Whitehall mandarins company.”
- Jon Gower, Nation Cymru

"An engrossing political thriller...Fast-paced and carefully plotted, it’s a short and punchy read, which I devoured in a couple of sittings. The novel’s central twist continues to have painful relevance today.”
- Ian Sinclair, Morning Star

“This empathetic story of lives being trashed is a timely reminder that our freedoms are being increasingly eroded and of the precarious situation in which Palestinians all over the world still find themselves.”
- Betty Hunter, Honorary President, Palestine Solidarity Campaign
Collateral Damage – now with a new look - is a political thriller that tells the story of a Palestinian woman’s search for the truth about the death of her lover in Tripoli.
Set in 1987, it tackles the big contemporary themes of regime-change wars, the Palestinian struggle for justice and state intervention in democratic movements.
Told from four points of view, the central character is Ayesha Khoury, a Palestinian woman who has made a life for herself in London after being traumatised by events in Beirut a few years earlier.
When Ayesha’s journalist partner, Tom Carver, is found dead on a beach in Tripoli, where he was attending a peace conference, she refuses to accept that it was an accident and embarks on a search for the truth that brings her into conflict with the British state.
In setting the book a year after the first US air strikes on Libya, Steve has drawn on his personal experience of visiting Tripoli in 1987 as a British peace activist.
Signed paperback copies are on sale via this website (using a secure PayPal facility that also takes cards) at the special offer price of £8.00 including UK postage. You can also order it via independent bookshops, Waterstones, Foyles, Amazon and other outlets, usually at the RRP of £8.99.

Order a paperback copy of Collateral Damage for the special offer of £8.00 including UK post and packing.

Order a Kindle version of Collateral Damage at £2.99 via Amazon

As an alternative to Amazon, an eBook of Collateral Damage is available at £3.99 via Ffolio (a service provided by the Books Council of Wales)

Order two paperback copies of Collateral Damage for the special offer price of £12.00 including UK post and packing.