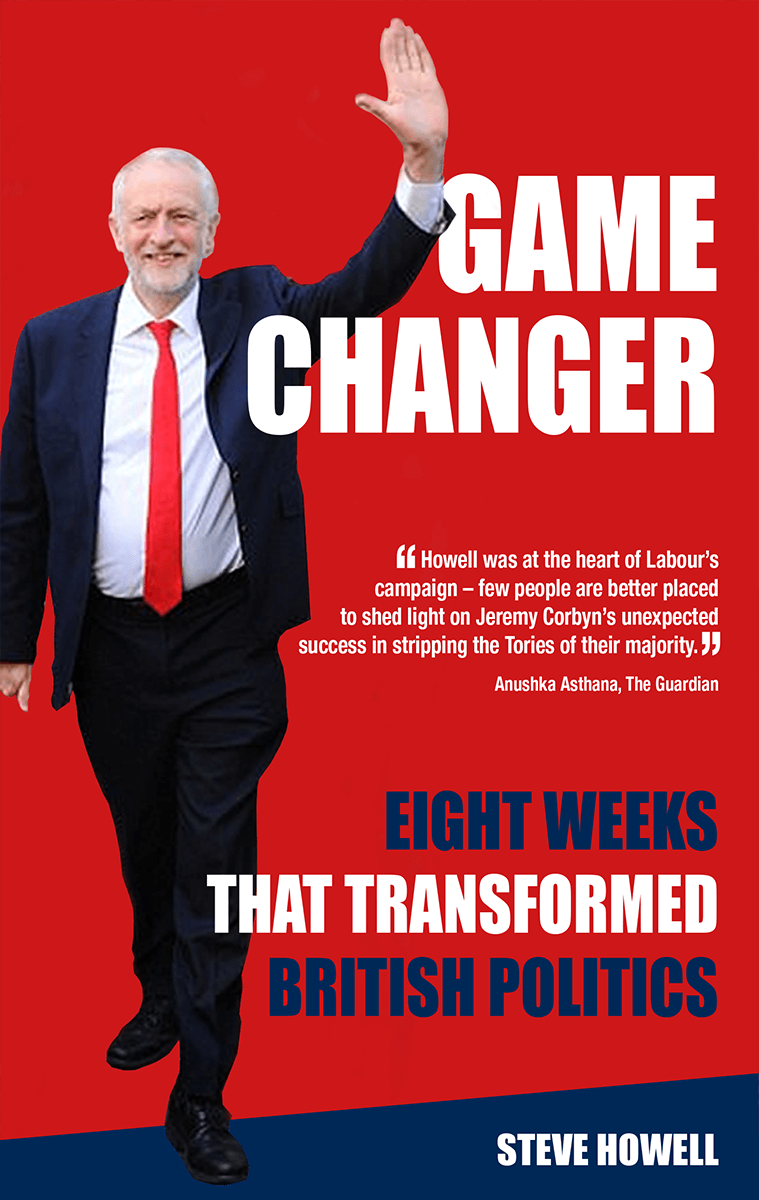 When Theresa May called a snap election in 2017, the pundits thought she would win by landslide. But Jeremy Corbyn and his team had other ideas and launched a game changing campaign that denied the Tories a majority with Labour’s best vote for twenty years.
Game Changer is an insider’s account of how the Corbyn campaign had to battle with enemies inside and outside the Labour party and ultimately won the support of 12.8 million voters for a manifesto that would transform Britain into a country run ‘for the many not the few’.

While Labour did not win a majority, May was forced to abandon plans for a dementia tax and other attacks on living standards. Two years later, the Tories would win a ‘Brexit’ election but only after conceding the need to spend more on the NHS and investment in ‘de-industrialised’ areas. Corbyn stood down as Labour leader but the 2017 election had proved a game changer.
Steve Howell was involved in all the key campaign decisions as Corbyn’s deputy director of strategy and communications. Anyone who was read Game Changer will not be surprised by the further details that have come out of how some party officials undermined the 2017 campaign.
‘Very insightful on Jeremy Corbyn’s general election campaign in 2017. I would thoroughly recommend it.’
Martin Shipton, chief reporter, Western Mail.
‘Howell was at the heart of Labour's campaign - few people are better placed to shed light on Jeremy Corbyn's unexpected success in stripping the Tories of their majority.’
Anushka Asthana, Guardian political editor
We have sold out of the hardback and paperback editions of Game Changer and are currently unable to get any further stock because the publisher, Hachette, doesn’t hold any and has no plans to print any more. However, there appear to be copies available from booksellers who sell through Amazon and other online channels, and there is also a Kindle version. Steve is in discussions with Hachette to recover the rights to the book and hopes to be able to publish a new edition in the near future with an introduction dealing with events since 2017.

Order the Kindle version of Game Changer at £5.49 here.